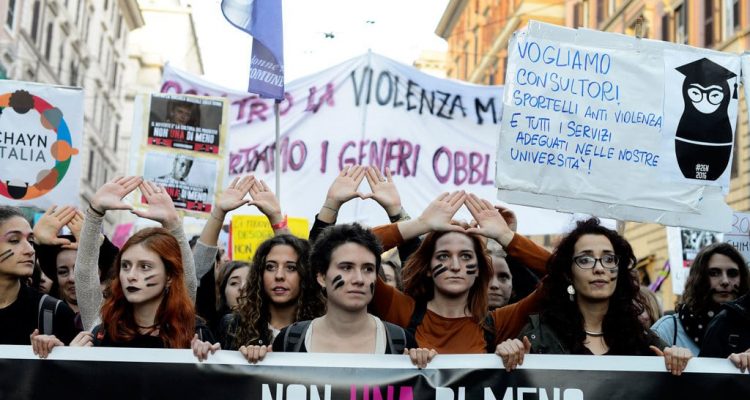 The Europe Union has, in its treaties, endorsed the mission of achieving gender equality. This is not insignificant, indeed striving for gender equality in Europe is one of the keystones in building an open and inclusive European society.

Because inequalities between women and men persist in today’s European societies, gender equality is one of the key areas in which to facilitate change in order to build a society that ensures equality of opportunities for all.  According to Amartya Sen’s definition, equality of opportunity means that individuals have the “substantive freedom” that allows them to do what they want with their lives.  Often people make choices that are constrained by cultural or other pressures: “social institutions and policies tend either to enhance or stunt the development of an individual’s life chances (for example through education),” as the Equalities Review published by the British government put it.  Thinking about gender equality in these terms allows us to address issues that go beyond the simple gender divide and to propose a vision of an equal society, building on diversity.

Individuals tend to internalise obstacles (institutional, social, etc) when considering various life opportunities. But as such obstacles are structural in the society, surmounting them requires more than just individual willingness and action.  One often cited example of such a barrier is the glass ceiling, a metaphor used to describe the invisible ‘ceiling’ that keeps women from moving up the career ladder as men are able to, into senior positions.  As a result, as Dominique de la Garanderie has mentioned, women are likely “to engage in self-censure.  Knowing that a gender-based glass ceiling exists, women are less likely to aim for high-level positions, either curbing their ambitions or saying to themselves that attaining a high-powered position would expose them to a wide range of reactions and constraints, sapping their energy”.

Increasing the representation of women in the public sphere, by fighting for equal economic independence for women and men and equal representation in decision-making, is essential.  Women help enrich the public debate by expressing different views, formed by differing life experiences.  For instance, in business and politics, women are more likely to insist on the negotiation of a manageable work/life balance as they are more often than not primary care givers in the private sphere.  In the arts, women artists represent and express sexuality in different ways, influenced by women’s feelings and experiences, as does Buxey in Requiem (2002), for example, when she films her face during sexual intercourse—a point of view very rarely, if ever, explored in mainstream cinema.

When institutional change is slower than social change, changes can be brought about in economic, political and artistic spheres, enforced by laws, and triggered through policies. The effects of such support are demonstrated in the increased proportion of women in political institutions, in corporate business boards, or the proportion of women artists artworks exhibited in museum.

The main benefits of such a pragmatic, policy-led approach to change are recognised by a wide variety of actors.  The economic advantages of getting women into the labour market have been widely discussed and the management consultancy Mc Kinsey published a report in October 2007 demonstrating that companies with more women in top positions tend to outperform rivals.  Furthermore, social changes induced by the increasing participation of women in the public sphere can significantly benefit men as well. For example, the growing phenomenon of young fathers taking parental leave, and even in some cases choosing to stay at home to raise their children, has recently received wide press coverage. Their ability to enjoy the possibility of spending more time with their children is a direct result of what were mostly women’s efforts to demand a better work-life balance

In the UK, this intertwining of equality and human rights issues was the ground for creating a new Equality and Human Rights Commission, merging the previous Commission for Racial Equality, the Equal Opportunities Commission and the Disability Rights Commission.  This is also the reason why groups mobilised for Gay, lesbian, bi and transsexual people (GLBT), disabled people, and minorities’ rights, among many others, often fight hand-in-hand with human rights groups against discrimination. Respect and understanding of difference, and demanding equality of opportunity to all are ways in which to create a truly open and just society.

Gender equality is key to building Europe upon sustainable grounds.  This is why it is necessary for European feminists to continue to demand that the EU continue to fight for equality of opportunities for all. These discussions are particularly relevant at a time when Europe is increasingly diverse, but some discussions of gender equality invoke cultural determinism and tend to concentrate on gender equality issues in other regions of the world.  For instance, discussions on practices of Islamic veiling, inside and outside European societies, are an example of one complex challenge to discourses of equality and diversity.

Pursuing feminist objectives in Europe means more than simply achieving gender equality. Promoting gender equality goes beyond gender issues – it is also about fighting for an open and inclusive society that builds on respect for all, and accepts differences as an asset instead of as a threat.  At a European level, an ongoing commitment to equal opportunities provides potential tools for this to happen; they now have to be fully activated and used.