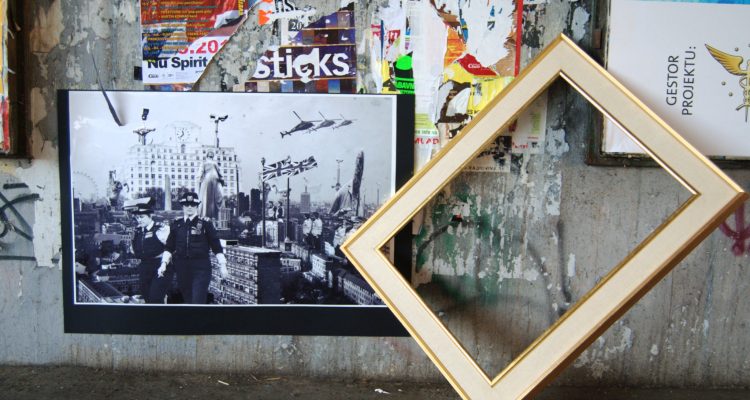 Europe is no longer a continent to make bombastic statements about itself. Someone who now proclaimed ‘the hour of Europe has come’ as the European diplomatic envoy arrived in a crisis area would be ridiculed even quicker than was the hapless Luxembourgian foreign minister who uttered these words on arriving in Sarajevo in 1992. The European people, and certainly the rest of the world, have known too many self-proclaimed European Caesars and saviours to allow for even the slightest pretension. This is all to the best. But this justified movement towards humility should not be confused with disengagement from the world, and even less should it result in the abandoning of the heady philosophers’ ideal of universal peace, which at least in part inspired the European unification project. For it is by the measure of this ideal that Europe’s lack of foreign policy coordination is woefully shortcoming. This shortcoming is all the more unacceptable because contemporary Europe itself is still the preeminent example for the world of successful national reconciliation after war: its ‘soft power’ depends on how genuine it appears about helping to extend this peace to the rest of the world.

There are plenty of recent reasons to be extremely frustrated with Europe’s foreign policy shortcomings: chief amongst them the Gaza crisis and the war in Congo. The lack of coordination between European nations in responding to Israel’s most recent military assaults on Gaza was almost farcical – with both an ‘official’ European delegation headed by the Czechs, and the delegation of Nicolas Sarkozy, from whom the Czechs have just taken over the European Presidency. As many commentators have pointed out, the Gaza offensive was contrary to everything the European Union claims to stand for, and yet the best it could manage was a rather meek statement calling for a ceasefire that was simply ignored, and a further loss of legitimacy in the Muslim world as a potential mediator. The European foreign ministers also squabbled amongst themselves over responding to the UN request for an EU peace-keeping force to go to the Congo, with the British foreign minister bizarrely arguing that any country that wanted to send troops should do so through the UN mission (when it was precisely the UN that had asked for a EU force…).

Thus at a time when the American presidency was quiet, when the world was impatiently anticipating a paradigm shift from Bush-era militarism, the European Union and European nation states seemed too busy trying not to step on each others’ toes to show themselves to be relevant actors for peace.

These foreign policy failures are nothing new for the European Union or for its member states, and it is difficult to see how they can be resolved without some of the institutional changes to the way the EU works (notably an end to the debilitating 6-month rotating presidency of the European Union, and a high representative for foreign affairs with a real mandate and ministry backing him). In both the rejected Constitution for Europe and in the Lisbon reform treaty awaiting ratification from Ireland, the role of the European Union in promoting peace is thankfully underlined (however much these documents might be regarded as hypocritical with regards to this goal in other ways). But the longer the endless institutional stalemate continues around these documents, the more there seems to grow a disquieting trend amongst Europe’s elites to start to underplay the importance of the ideal of peace as a continuing objective for contemporary Europe at all. Their thinking seems to go like this: Europe is in need of a new narrative. The old mission was one of reconciling France and Germany after the second world war, but now that mission has been accomplished, and no longer appeals to a new European generation which does not have first-hand memories of the war. In its worst formulation, this line of thinking reasons that the only way of ‘making Europe relevant’ to the post-war generations is to appeal to their own material self-interest. This philistine tendency is gathering adherents particularly as the economic crisis bites. It finds an especially clear and unapologetic expression in the manifesto of the European People’s Party for the forthcoming elections, in which the closest concern with peace is a neo-conservative emphasis on ‘security’:

In the past, the need for peace brought the peoples of Europe together. Nowadays, a number of problems require both close cooperation on European level and a strong Europe in the world: The current crisis on the financial markets and a severe worldwide recession, the fight against climate change, our ageing societies, as well as terrorism and organized crime. Only a strong Europe will be able to defend and protect our interests in the world.

Although the manifestos of other, non-conservative, European political parties are not quite so solipsistic in their formulation, reasoning that is not at all dissimilar from that of the EPP can be heard regularly from many party leaders at European level.

A move from the ‘idealism’ of talking of peace to the ‘realism’ of talking of material self-interest might be thought to be ‘only natural’ in times of an economic recession. It is none the less objectionable for that. Europe as a political project cannot be justified on the basis of self-interest alone: the first few glancing appearances of nationalist protectionism and populism in response to the crisis have already shown how corrosive this logic is. Europe is an idealistic project or it is no political project at all. If all political projects that are committed to peace and international cooperation are called ‘idealistic’, then we might go further and say that no political project in the 21st century has any justification at all unless it is idealistic. In these ‘hard times’, just as in any other times, it is an obligation on the people themselves to insist on these ideals, particularly where they have benefitted from them so profitably in the past.