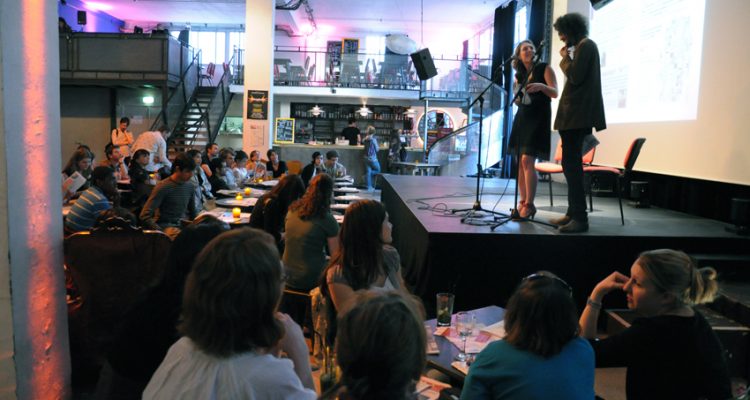 The 25 March 2007 will see the fiftieth anniversary of the Treaty of Rome, which founded the European Economic Community (EEC). The current German presidency of what is now the European Union has declared that the anniversary will mark the relaunch of the “European idea” after the long “period of reflection” following the “no” votes to the constitutional treaty in France and the Netherlands in May/June 2005. Yet perhaps the deeper problem is that the “European idea” is not something that can be relaunched by governmental institutions or treaties; it is the work of European citizens themselves.

Real integration cannot take place by treaty accords, as the signatories of the second Treaty of Rome in October 2004, which committed them to ratifying the constitution, have found out. Perhaps there was a time when peoples could be integrated in this way, when kings embodied the people they governed, but we no longer conceive of ourselves in this way. The European Commission has realised this, hence, “Plan D”: “debate, dialogue and democracy”. But governments are typically not very good at promoting civil discussion: they have a strong tendency to categorise people in an attempt to ensure inclusiveness, thereby introducing divisions which make the community-building exercise self-defeating.

Furthermore, and much more importantly, “Europe” is about much more than the European Union, even if its fate is now irrevocably intertwined with it: Europe is a set of values, a shared ethical ideal of the way to live.

Therefore, in addition to the “official” celebrations in Berlin and Rome of the fiftieth anniversary of the European Union in March, London will see the first civil-society-initiated “Festival of Europe“.

The festival is a series of public debates and art exhibitions in some of the most high-profile public venues in London: the Tate Modern, the Courtauld gallery, the London School of Economics (LSE) and the Foreign Press Association, amongst others. The debates embrace all the countries of the enlarged EU and are extremely wide-ranging: they include discussions on the environment, eastern European art, the European social model, Turkey and the EU, translation and comparisons of Chinese and European artistic and philosophical traditions.

The festival seeks to open up public spaces in which discussion of European issues can take place. These are lacking, particularly in Britain. Jűrgen Habermas has persuasively argued that the modern democratic public sphere started in 17th-century coffee-houses which were open to members of the emerging class of citizens to debate with those who claimed to have superior insight (see Jűrgen Habermas, “The Structural Transformation of the Public Sphere“). The festival partners two of the best online modern equivalents: openDemocracy.net and cafebabel.com, and will feature some of the most exciting thinkers from around the world.

Furthermore, the discussions that began democracy were artistic and literary in nature: democracy did not start with the formulation of the rights of man against authority, it started with the discussion of literary and artistic values which enacted those rights. There is therefore a strong inclination towards the artistic and philosophical in the festival.

Among the other topics dealt with are two that must now be thought of in regional terms if they are to be taken seriously at all: the future of the environment and the future of Europe’s social-welfare systems.

On 25 March, the German chancellor Angela Merkel intends to publish a statement of shared European values – the “Berlin declaration” – signed by representatives of all EU member-states. The same day, there will be a public debate on the borders and values of Europe at the LSE. The Festival of Europe public debate in London will thus provide an imaginative counterpoint to the official conclusions of the high-level summit; others on this historic weekend will add their own resource of democratic dialogue into the mix, such as the European Citizens’ Consultation, whose latest gathering takes place in the northern English city of York on 24-25 March.

The Festival of Europe is based on the premise that public intellectual inquiry, the pursuit of truth and the pursuit of beauty are the true heritage and importance of Europe. Openness, hospitality, curiosity and debate are some of the most important virtues to insist upon in a world in which many feel increasingly threatened, and they are virtues that have historically been emphasised in Europe. They are not exclusively European virtues nor are the European formulations of them necessarily the best, but their cultivation and promotion in the best way possible is an essential part of the European character. The cultural organisation coordinating the festival is called “European Alterities” as a mark of its commitment to this.

London is the most cosmopolitan city in the world, and the largest city in Europe. It is absolutely the right stage for the European public sphere to be renewed. As Zygmunt Bauman, who will open the festival, has reminded us, “Europa” was the ideally beautiful Greek goddess who was captured by Zeus and sought by her brother Cadmus, who founded Thebes in his search (see Zygmunt Bauman, “Europe: An Unfinished Adventure“) The London Festival of Europe is an attempt to relaunch the search for the ideal in London, to recapture this European aspect of the polis.